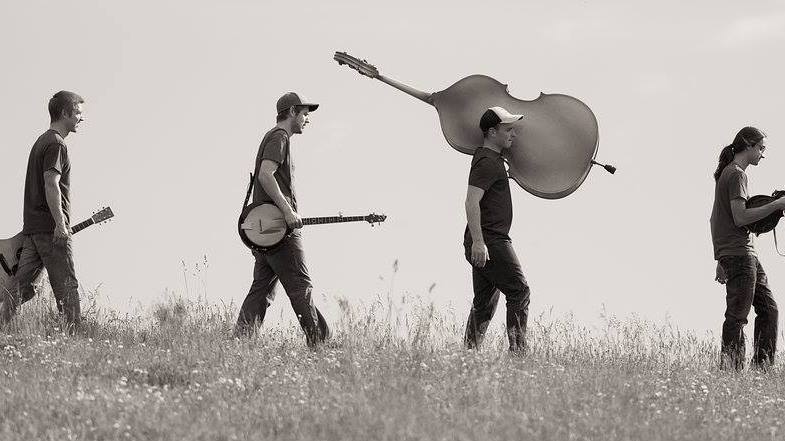 The Triumph Open Pick is proud to present our first featured act: Serene Green. Live! At Triumph Brewing Company of New Hope, Pennsylvania. Wednesday, January 30, 2019 from 8 to 11 p.m. Triumph Brewery is very excited to bring in this very talented band from North Eastern Pennsylvania as our inaugural band for our Featured Bluegrass Series!

Come out to support live, local music every Wednesday night at the Triumph Open Pick!

Serene Green is the collective musical vision of Pennsylvania musicians Quentin Fisher, Michael Johnson, Shane McGeehan, and Steve Leonard. This band’s passion for playing together comes from a deep love for traditional bluegrass music. The members of Serene Green share a common goal to influence the legacy of bluegrass music with original songwriting and compositions, while honoring the traditions set forth by the pioneers of bluegrass music. Since early 2017, Serene Green has toured in over twelve states throughout the Northeast, Mid-west, and Southeast regions of the United States of America. The quartet released its first all-original studio album, “To Whom It Pertains”, in June 2017.