The Sweet Remains Live at The New Hope Winery 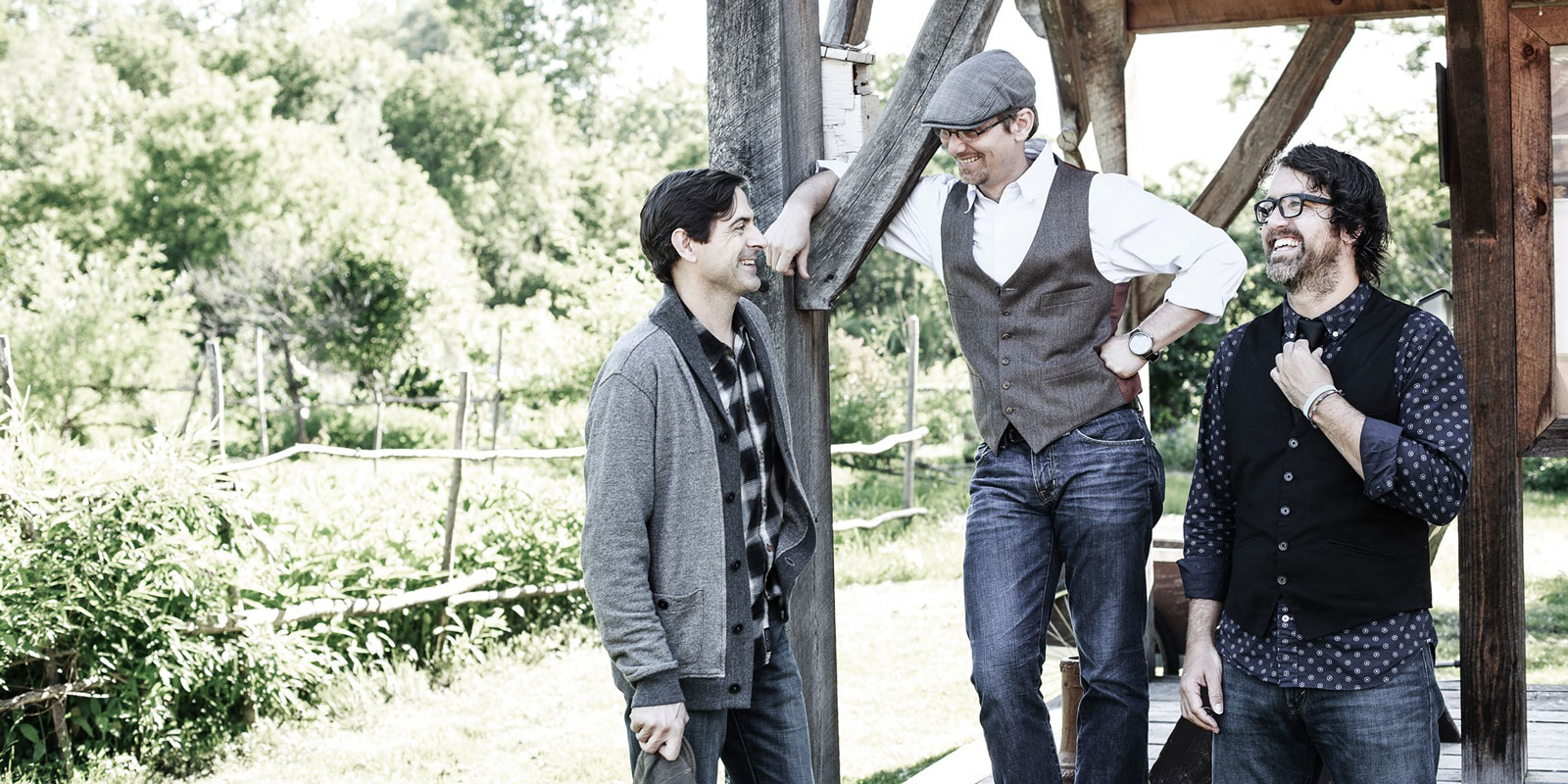 When Rich Price, Greg Naughton, and Brian Chartrand met by chance, at jam-session in 2008, the three instantly recognized a kinship and musical union, which led them to overcome geography,

When Rich Price, Greg Naughton, and Brian Chartrand met by chance, at jam-session in 2008, the three instantly recognized a kinship and musical union, which led them to overcome geography, and set aside solo-careers to form The Sweet Remains.

Driven by forceful lyrical and melodic writing of three gifted singer-songwriters, their music appeals to fans of contemporary folk-rockers like Jason Mraz, Ray Lamontagne, and John Mayer. It is their three-part harmonies, however, which distinguish TSR from throngs of guitar-toting troubadours, reminiscent of super-groups of the 60’s and 70’s, like the Eagles, Simon & Garfunkel and CSN. Independently amassing over 38 Million Spotify plays, a fourth studio album, a live DVD, and an acclaimed new feature film, TSR, is positioned for their ever-rising demand to tour.

After that chance jam-session, Rich, Greg, and Brian began writing and recording together during breaks in their solo touring. Before long, they played these new pieces, for producer Andy Zulla, who has collaborated on many of their projects. Together, they recorded tSR’s debut CD, Laurel & Sunset. In the fall of 2010, tSR embarked their first European tour through Denmark and Germany. In 2011, their song, “What I’m Looking For”, was featured in Eddie Bauer and Subaru ad campaigns. In 2011, another composition, “Dance With Me” was featured in Putumayo Music’s compilation “Acoustic Cafe” and sold in cafe’s and gift shops world wide. Next, the trio released their DVD & CD, Live at The Canal Room (2012), followed by their sophomore studio album, North & Prospect (2013,) and their most recent release, Night Songs (2015). Feature-length ‘dramedy, The Independents, created by and starring The Sweet Remains, premiered at the 2018 Santa Barbara International Film Festival, to the plaudits of festival-goers and critical accolades. The Hollywood Reporter praised the film as, “Extremely engaging… Unconventional and sharply written…Deserves to find an audience beyond the [film] festival circuit.”

The Sweet Remains continues garnering critic acclaim. USA TODAY selected two of their songs as its “pick-of-the-week”. The BOSTON HERALD declares, “It has been a long time since three-part harmonies this lush were yoked to songs this melodically gorgeous”. Winning fans globally, The Sweet Remains’ music has been utilized in several feature films and television shows. Numerous artists have covered their soulful, original song.