The FIXX - The Beach Tour in New Hope, PA 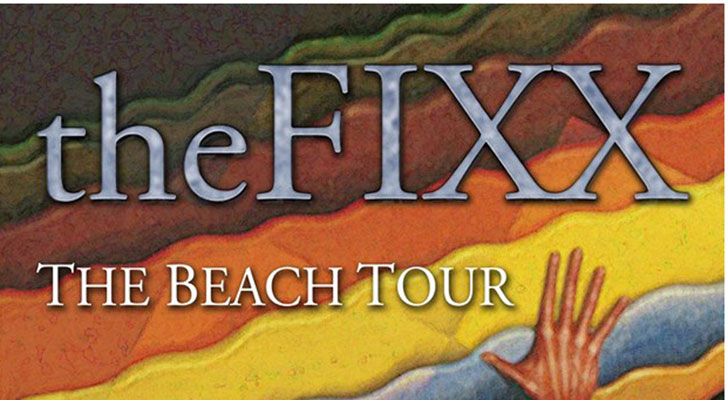 Tickets will go on sale Friday, April 20th at 8 am.

APRIL 17, 2018 – Alternative rock and MTV pioneers The FIXX have announced initial dates for their summer-long “Beach Tour” which will celebrate the 35th Anniversary of the release their multi-platinum “Reach The Beach” album. For the jaunt which commences on July 7th in Jackson, CA, The FIXX will play the entire “Reach The Beach” album live from front to back in addition to other hits and fan favorites from their long, storied career. The tour will continue across America through the beginning of September.

Released in 1983, “Reach The Beach” spawned three Top 40 singles; “One Thing Leads To Another”, “Saved By Zero” and “The Sign Of Fire” and reached the top ten on Billboard’s Album Chart, Top 100 Singles Chart, Mainstream Rock Chart and received heavy airplay on both MTV and radio throughout the world. Even today, songs from “Reach The Beach” continue to receive substantial radio airplay as well as streams and video views numbering in the millions.

Long anticipated by fans, the tour will mark the first time The FIXX has endeavored to perform any of their albums in its entirety in a live setting. The FIXX lineup remains identical to that which toured after the original album release. Lead singer Cy Curnin reflects “So, here we are heading back to the beach that brought us to this brave new world way back when. I wonder how many grains of sand have turned into pearls of wisdom since then. We’re excited to find out.” Drummer Adam Woods thinks the time may be right to revisit the album, “It’ll be good to get to play these songs while the beaches are still where you’d expect them to be…”.