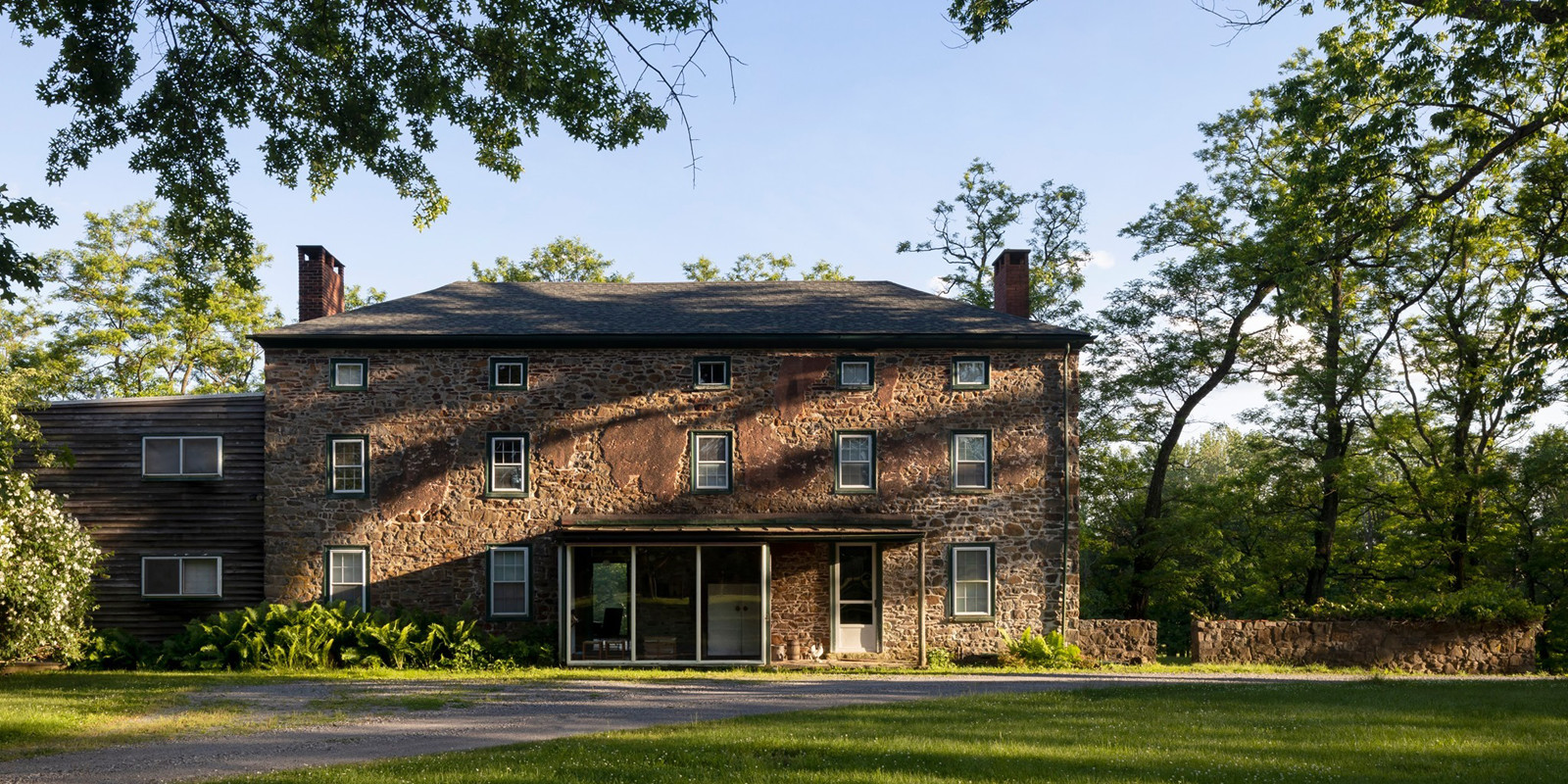 A limited opportunity to visit the Raymond Farm Center in New Hope, PA this year. House tours run every Saturday from Sept 26 thru Nov

A limited opportunity to visit the Raymond Farm Center in New Hope, PA this year. House tours run every Saturday from Sept 26 thru Nov 14.
In conjunction with the Shofuso and Modernism: Mid-Century Collaboration Between Japan and Philadelphia exhibit at Shofuso in Philadelphia, the Raymond Farm Center for Living Arts and Design is opening up the Raymond Farm for a limited tour run on Saturdays from September 26th thru November 14th.
Join a timed house tour of the farmhouse designed by noted architect/designers Antonin and Noémi Raymond and enjoy the beautiful surroundings of the Raymond Farm.
The Raymond Farm
The Raymond Farm was originally the home and summer studio of Noémi and Antonin Raymond. The Raymond’s international careers, which spanned from the 1910s through the 1970s, included practicing architecture in addition to designing furniture, lighting and textile designs, as well as ceramics, flatware and ironwork. Working between their Japan and New York offices, the Raymonds established one of the most avant-garde design studios in the world. In Japan, Antonin would eventually become known as the “Father of Modern Architecture.”
With the outbreak World War II in Asia and Europe in 1937, the Raymonds returned their practice to New York and set up a summer studio/home on an 18th century Quaker farm in Bucks County. Dubbed “The New Hope Experiment,” the Raymond Farm served as a live/work atelier that taught practical design solutions. Here, the Raymond Farm apprentices would learn by working in the studio while also assisting in the farm work. During the summer months, the Raymonds would frequently host their friends- fellow architects, artists, musicians, writers, poets, architects, and scholars- who would often welcome a sojourn in the Bucks County countryside. Hence, the Raymond Farm became more than a home and studio, but an atelier, salon, and a way of life rooted in nature, beauty, art, and work.
120 acres currently make up the Raymond Farm, which was purchased by Antonin and Noemi Raymond in 1938. The Raymonds were attracted to the property due to the sturdy construction of both the bank barn and Quaker farmhouse. Within a few years, the Raymonds had a bustling modern farm, which also served as an atelier where architects and artists came to hone their craft. The Raymond Farm was also home to the Raymond’s grandchildren and is still managed by the Raymond family.
In registering for this tour, you agree to the following:
– All attendees and tour guides will wear a face mask that fully covers their mouth and nose at all times while on site
– All attendees must maintain six feet of distance between themselves and others
– Shoes will be removed when entering the farmhouse to preserve the wood. If this is not possible, shoe coverings will be provided
– To view the farmhouse in its entirety, walking up stairs will be required
Space is limited. Advanced registration required.
**Note**
The Raymond Farm Center for Living Arts and Design is located in New Hope, PA and is not easily accessible by public transportation
Please plan to arrive 10- 15 minutes ahead of the scheduled tour time
Email us at info@raymondfarmcenter.org for more information.
Learn more at raymondfarmcenter.org