BLACKTOP MOJO live with SISTER SALVATION and THE IN BETWEEN 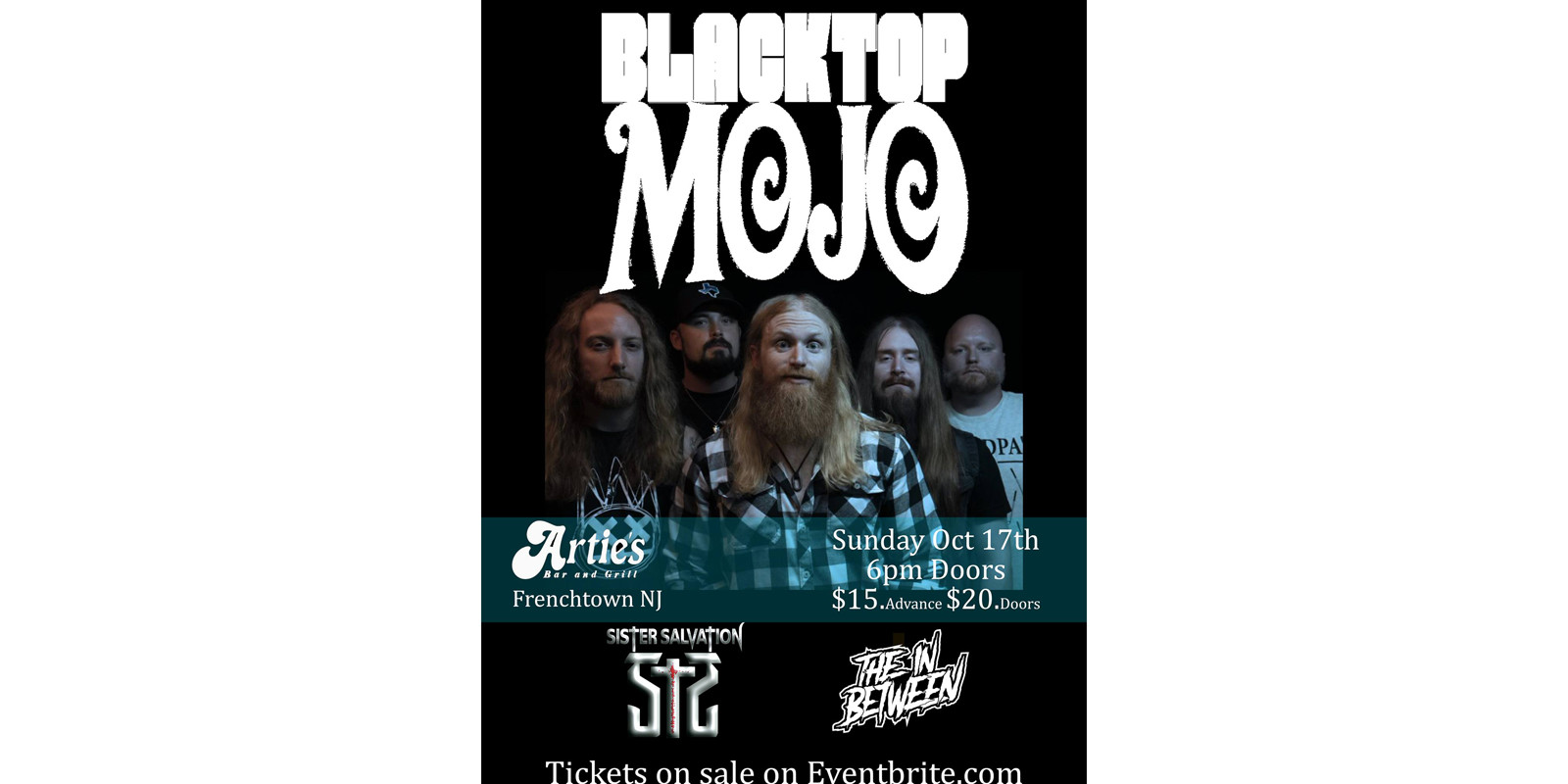 Click for tickets on Eventbrite –
https://www.eventbrite.com/e/166842679947
Formed in late 2012 by vocalist Matt James and drummer Nathan Gillis in the small East Texas town of Palestine, Blacktop Mojo’s fiery blend of sludgy grooves, classic rock guitar riffs, and southern metal shredding falls somewhere between Soundgarden and Lynyrd Skynyrd to form a sound deemed by some as “Texas Grunge”. The music draws on a multitude of genres and styles to form a hodgepodge of dirty, heavy rock and roll mixed with sensual and at times even, carnal blues.
After their debut album “I Am” in 2014, The band spent a few years cutting their teeth in dive bars, dancehalls, and honky tonks around Texas. In 2017, during the recording of their sophomore record “Burn The Ships” the guys quit their day jobs, moving into a small house together in Palestine. The house created an unbreakable fellowship between the band and a culture of constant creativity.
Released via their label Cuhmon Records, “Burn The ships” yielded two top 40 singles on the Mainstream Active Rock charts including “Where The Wind Blows” (#27) and a cover of the Aerosmith classic, “Dream On” (#31). After the album cycle and touring for “Burn The Ships” concluded, the guys returned home in 2018, where they locked themselves in the band house for six months to write their third record, “Under The Sun”. The record yielded them another top 40 single in “Can’t Sleep” (#27) and the band continued touring in the US through the beginning of 2020.
Locked down with the rest of the world and unable to continue touring, the guys began work on their fourth, self-titled album, which is slated to be released i
n Summer of 2021.
They will be supported by Sister Salvation and The In Between.