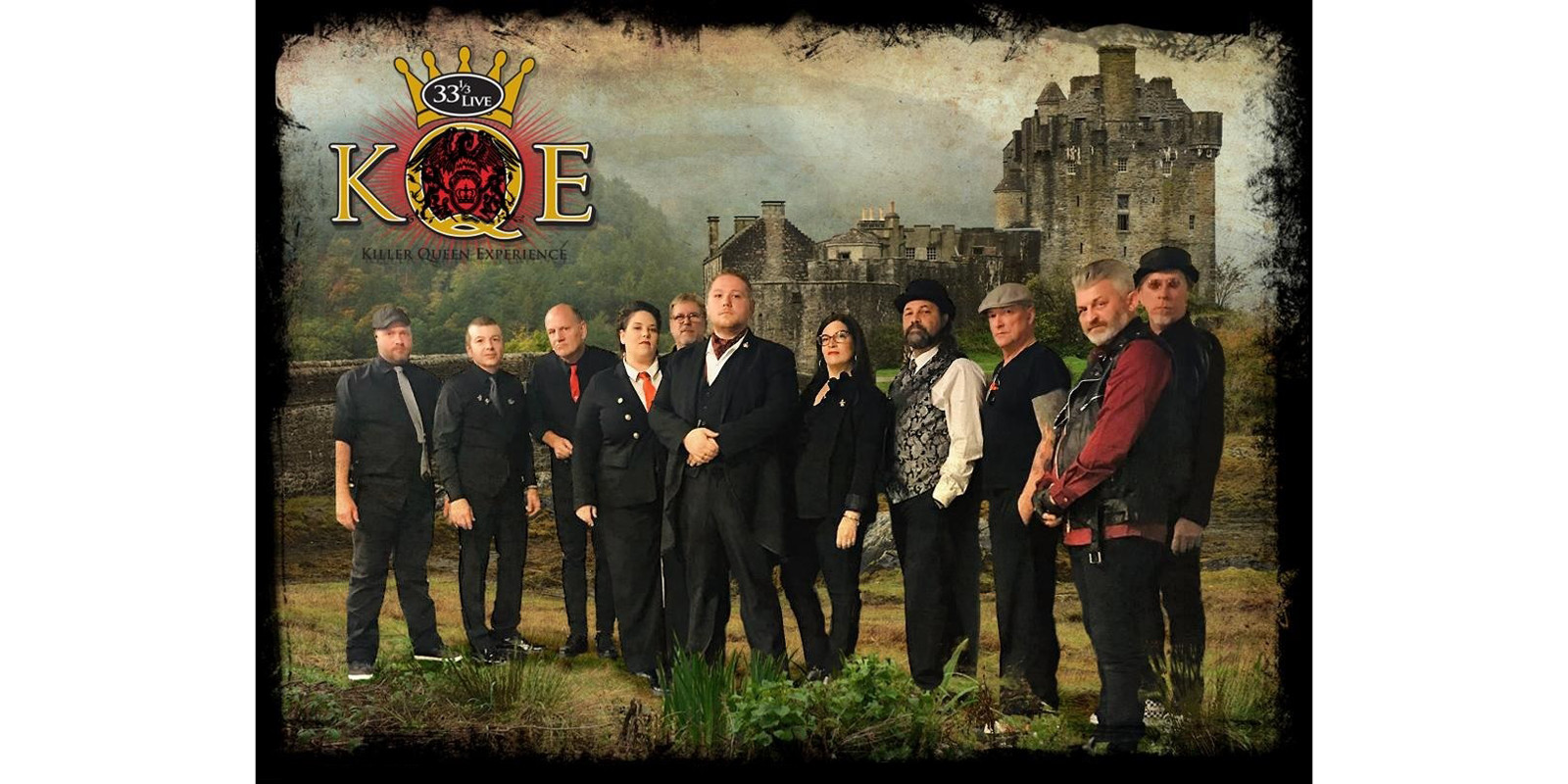 Remember listening to your favorite albums all the way through, the way the artist meant them to be heard? So does Jim Drnec, drummer and

Remember listening to your favorite albums all the way through, the way the artist meant them to be heard? So does Jim Drnec, drummer and founder of the multi-faceted musical collective 33 1/3 LIVE. “We perform classic rock albums using a rotating cast of the Delaware Valley’s best musicians,” says Drnec.
33 1/3 LIVE’s most recent endeavor is also their most ambitious: 33 1/3 LIVE’s Killer Queen Experience faithfully recreates Queen’s studio recordings live on stage, including all the vocal harmonies that made the records so amazing! Not satisfied with just playing the “hits” however, 33 1/3 LIVE’s Killer Queen Experience also plays Queen’s quintessential album, A Night At The Opera, in its entirety, featuring tracks like You’re My Best Friend, Love of My Life, The Prophet’s Song, and, of course, the operatic masterpiece, Bohemian Rhapsody.
33 1/3 LIVE’s Killer Queen Experience reproduces each track faithfully while retaining the energy and excitement of a live performance. That means using more musicians and singers than were on the album, allowing them to perform the songs live as they were recorded, overdubs and all. “For the Killer Queen Experience we have nine musicians, playing multiple instruments, and six vocalists, so we can reproduce live the parts that even Queen could not manager on stage,” says lead vocalist Justin Gonzalez.
On the heels of the success of the movie “Bohemian Rhapsody” and its four Oscar wins, Queen has experienced increased interest in their music of late.
33 1/3 LIVE’s Killer Queen Experience is a 90-minute concert set of all your favorite Queen tracks spanning their extensive catalog and is guaranteed to satisfy even the biggest Queen fans.